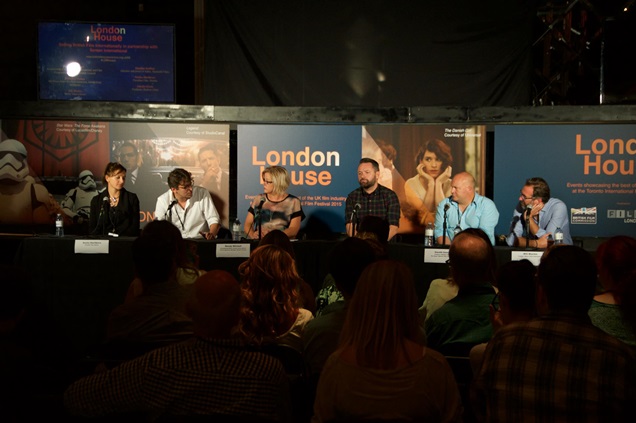 British films hoping to succeed in the international market must overcome production and distribution roadblocks in an increasingly competitive industry.

That was the message from the ‘Selling UK Films Abroad’ panel discussion co-hosted by Screen International and the UK Trade & Investment (UKTI) agency, held at London House, about how British films are faring abroad. “You can’t have a weak link in a package anymore,” said Metro Films International CEO Will Machin, who is selling Michael Caton-Jones’ Urban Hymn in Toronto. Stephen Kelliher, director of Bankside Films, noted that the bar is higher than ever and stated: “The bullseye for what works theatrically, British or not, has gotten smaller and smaller over recent years. You have to be in the top five to ten percent of movies to have any chance of truly working.”

The panel, which was moderated by Screen contributing editor Wendy Mitchell, also included Dasha Sterlikova of Paradise Film, Gianluca Chakra of Front Row Filmed Entertainment and Gareth Unwin, producer of The King’s Speech and Kilo Two Bravo (aka Kajaki: The True Story). Gareth Unwin explained the reasoning for the name change behind landmine war drama Kilo Two Bravo, which was originally titled, Kajaki: The True Story. “The reason we’ve gone for the title name change is that Kajaki in that area of Afghanistan isn’t as well known internationally as it is in the British psyche,” he said. “Kilo Two Bravo does what it says on the tin … mid-west Americans will get it especially with the new title and new imagery we’re using.” Metro Films’ Machin, who is in charge of the film’s sales, said the feature has already sold in North America, and that the name change was at North American buyers’ behest. “They have rebranded the title for the North American market,” said Machin. Machin hopes that the film’s title change, along with its debut at TIFF, will heighten the film’s appeal in the eyes of other distributors around the world.

“We’re using the rebrand to take it back out to the international market where it hasn’t sold,” he said. “It’s a more commercial-sounding title for a lot of people, so that enhanced it for us.”

Later in the discussion, moderator Mitchell asked if “anyone would be brave enough” to discuss a film that they laud but that nonetheless performed poorly at the box office. Chakra singled out Yann Demange’s ’71, which was distributed by his company, Front Row Filmed Entertainment. He attributed disappointed ticket sales to the marketing strategy. “It was mainly the material that we had that were pretty gloomy,” he said. “We weren’t allowed to change anything and therefore, had to go with the same exact marketing material that we were provided with.” Chakra noted, however, that the film did better in ancillary markets. “Where it actually worked well was on VOD,” he said and explained that it took time for a wider appreciation of the film to develop. “These sorts of films need time to build their reputation, and once they’ve built the reputation than you can sort of exploit these rights that you have like VOD.” Another factor, Chakra said, was the lack of name recognition. He said that although Jack O’Connell, the principle actor, rose to prominence since his role in Angelina Jolie’s film Unbroken, he wasn’t a marquee name when ’71 was released.

Stephen Kelliher of Bankside Films (Belle, X+Y) said that international audiences expect a certain type of product from the UK.

“I think The King’s Speech is a very fine example,” he said. “The UK is known for producing larger-scale historic or literary stories and that audience is there and it’s there around the world.” But, Kelliher noted, British films can still succeed even if they aren’t period dramas. He gave the example of X+Y (titled A Brilliant Young Mind in the US), a drama about a young, socially-awkward math prodigy. “X+Y is quite different, and I was thinking about what made that film work, what made it so popular,” said Kelliher. “And it’s the universality of the story. It’s triumph over adversity, it’s beautifully directed, it felt like a movie we haven’t seen a hundred times over. There’s a distinction and originality to it. And most of all, it really grabbed people by the heartstrings. That film worked, I think, because of the storytelling and the wonderful writing and directing.”