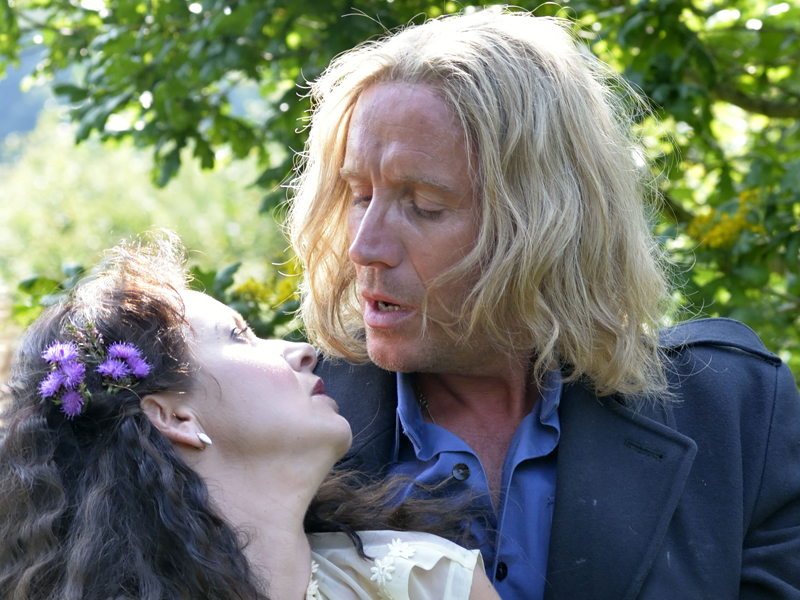 Rounding off a year of celebrations to mark the centenary of his birth, the Welsh poet Dylan Thomas gets the full cinematic treatment in this lusty and irreverent new adaptation of his most famous work. A multi-character portrait of a fictional fishing village on the coast of South Wales, Under Milk Wood was conceived as a “play for voices” that first aired on BBC radio in 1954. Welsh national hero Rhys Ifans stars and co-produces this reunion project with director Kevin Allen, who helped launch him to big-screen fame with the 1997 black comedy Twin Town.

Any film of Under Milk Wood inevitably risks unflattering comparison with Andrew Sinclair’s much-loved 1972 version, which starred Richard Taylor, Elizabeth Taylor and Peter O’Toole. This may explain why nobody has tried it since, though the technical challenge of visualizing a work written for radio is another obvious barrier. Part-funded by the Welsh-language TV channel S4C, which required shooting back-to-back scenes in both English and Welsh, Allen’s adaptation makes a commendable bid at turning spoken-word source material into visual poetry. Following its world premiere at Edinburgh Film Festival last week, it will screen in UK theaters in October. The joint pulling power of Thomas and Ifans should generate buzz in other markets too.

Ifans does double duty, relishing every fruity syllable as the invisible narrator as well as playing Captain Cat on screen, a blind old sea dog haunted by dreams of his drowned comrades. Charlotte Church, another Welsh icon renowned for her international singing career and outspoken political views, plays Polly Garter, a proud young mother with a long history of lovers. Llyr Ifans, brother of Rhys and fellow Twin Town alumni, also gives an enjoyably louche performance as the town’s resident middle-aged delinquent, Nogood Boyo. Welsh talents make up the large ensemble cast, with townspeople from the picture-postcard location of Solva serving as extras.

Essentially a disjointed collage of domestic vignettes, inner monologues and private confessions, Under Milk Wood is hardly the stuff of gripping cinematic drama, a problem which Allen does not entirely resolve. All the same, he keeps the pace brisk and the visuals colorful, so there is scant time to be bored. Crucially, he grasps how Thomas was both celebrating and warmly mocking the cultural character of small-town Wales, especially the ripe language and rich musicality of the local vernacular. Set in a sunny fantasy version of the 1950s, this production is certainly swimming in music, with Church showcasing her famous pipes in a jazzy Hollywood musical-style number.