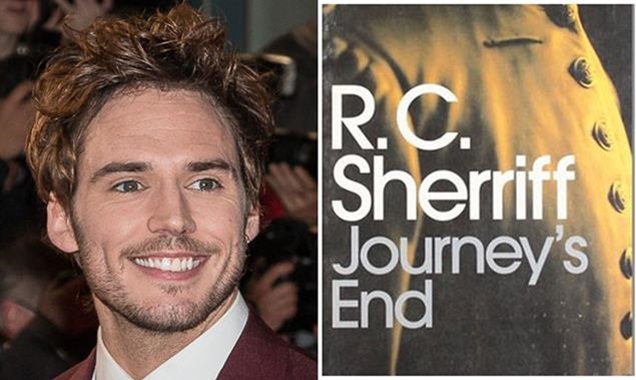 Sam Claflin tweets from the set of Journey’s End.

Director of photography is Laurie Rose whose most recent credits include Free Fire and High Rise. The creative team includes editor Tania Reddin, production Designer Kristian Milsted (The Girl With All the Gifts), and costume designer Anushia Nieradzik (A United Kingdom).

In Journey’s End, set in the trenches of WWI, 18-year-old new recruit Lieutenant Raleigh (Butterfield) has pulled strings to join his childhood friend and hero Captain Stanhope (Claflin) on the front line.

However, Stanhope is horrified by Raleigh’s arrival into the tension and claustrophobia of the officers’ dugout where they are anticipating a massive German advance.

Stanhope has been altered almost beyond recognition by three years of war, kept going only by the thought that when the war is over he can return to his love – Raleigh’s sister Margaret.

Mary Burke of the BFI commented: “The BFI is proud to be backing the resurrection of this seminal British drama and believe that, with Saul’s vision, the revival of this important work for the screen will have a profound resonance with contemporary audiences.”

Guy de Beaujeu, producer said: “We are honoured to be bringing the greatest drama ever written about war to the big screen. With this cast and director we will create the unmissable, emotional and totemic WW1 film for the Centenary.”