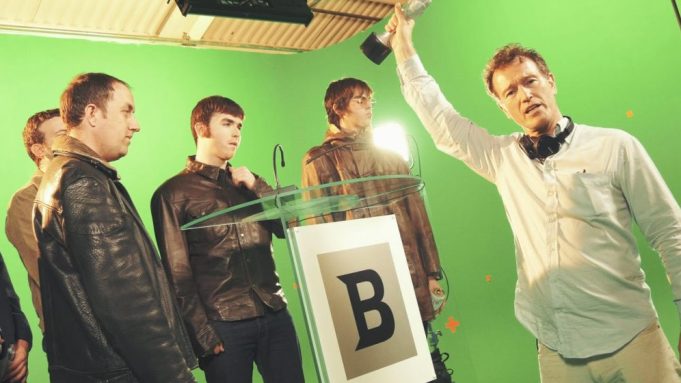 Examples: “L.A.: The land of the backstabbers, the vacuous and the soulless.”

“I ordered a chicken sandwich and an egg sandwich. Which do you reckon will come first?”

And this line from McGee: “Dad was a talentless bastard. But he had one skill. He could smell money like a pig with truffles.”

The script is the work of Irvine Welsh of Trainspotting fame and Dean Cavanagh.

“[Welsh’s] writing, he celebrates the grotesque and takes things as far as he can comedically, as well,” actor Ewen Bremner, who plays the adult McGee in the film (Leo Flanagan plays him as a kid), noted during a panel discussion as part of Deadline’s virtual Tribeca Studio. “[Welsh] has an appetite for the absurd and the disgusting and grotesque and the funny.”

The film, directed by Nick Moran (who also co-stars as Malcolm McLaren), explores how McGee flouted convention, embraced chaos and hard drugs, and flew by the seat of his pants as he launched bands like The Jesus and Mary Chain, Primal Scream and Oasis.

“I can’t think of an American equivalent of Alan McGee really. He’s not Phil Spector. He’s just this insane, belligerent, slightly psychotic Scotsman who started an indie band, then an indie record label that became the biggest record label in the world,” Moran observed. He was “fueled by nothing but hard drug abuse and anarchy… It’s the story of a man who won’t accept that he can’t do stuff and so, consequently, does everything.”

Adds Bremner, “There’s almost something vaudeville to the size of Alan.”

Jason Isaacs hurled himself into the role of a dodgy Brit named Ralph, who meets Alan in Hollywood. He purports to be a movie producer, while showing much greater interest and aptitude for vacuuming (or perhaps I should say Hoovering) drugs up his nose.

“Nick just set me loose and allowed me to play an amalgamation of every awful, drug-addicted trust fund would-be producer that I’ve ever met and we’ve ever met and I’ve ever watched the sun come up with over the Hollywood Hills, and there are quite a few of them,” said Isaacs. “As grotesque as the character is, we both, between us, know a lot of people exactly like that.”

Actress Suki Waterhouse joined the production in the role of Gemma, who soaks up wisdom from McGee as a young American journalist, then appears to eclipse him in importance after they meet up years later, following a decline in McGee’s fortunes.

“My character kind of comes in as the eyes of the audience and is both kind of shocked and slightly taken in by him and also sees his heart,” Waterhouse said. She praised Bremner’s performance, commenting, “Ewen… always makes your heart melt slightly.”

“It’s really about a man. There’s something universal about the journey of this man and where he comes from and what he comes to realize about himself,” Isaacs said. “I urge everyone to see the film because it is a real riot.”

The Deadline Studio is presented by Verimatrix. Click on the video above to watch the lively conversation featuring director and cast.