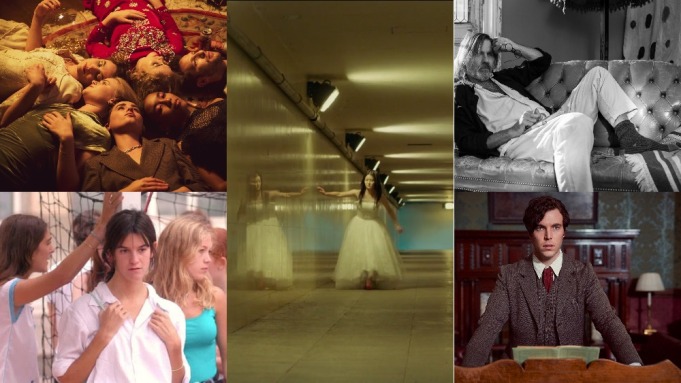 After a pandemic induced 2020 hybrid edition, the 10th edition of the Evolution Mallorca International Film Festival will take place as a wholly in-person event.

The festival will open with Benito Zambrano’s Mallorca-set literary adaptation “Lemon and Poppy Seed Cake” (Spain). Zambrano will be present with principal cast. It will close with the world premiere of William Nunez’s 1920s-set “The Laureate” (U.K.), based on the acclaimed war poet Robert Graves’ unconventional home life. Nunez and his principal cast, Tom Hughes, Dianna Agron and Laura Haddock, as well as the Graves family, will be in attendance. Both films are part of the international features competition.

Wim Wenders will receive the festival’s highest honor, the Evolution Honorary Award 2021, at the opening night ceremony and his film “The Salt of the Earth” (2014) will be screened.

Suzanne Lindon, whose “Spring Blossom” (France) is in competition at the festival, will receive the 2021 Evolutionary Award – New Talent accolade.

In all, the 139 films at the festival include 27 world premieres, 31 Spanish premieres and 12 European premieres from 32 countries.

“Our line-up this year invites us to have tea with Robert Graves in the English countryside, eat lemon cake in the mountains of Mallorca, experience first love in Paris and come of age in China; we can witness bohemian nights in northern California, cultural clashes in Berlin and even be sent to Mars,” said festival director and curator Sandra Seeling Lipski. “I am happy to say that our international competition feature film line-up presents a majority of female-directed features – and six out of the 10 films in contention in this category are first features, too.”

“Evolution discovers new talents and connects them to industry professionals over seven days on the island of Mallorca; this specific mix creates a powerful energy to explore cultures and create new projects together,” Lipski added.

Public non-profit tourism organisation Fundacion Mallorca Turismo is the main sponsor for the 2021 edition, with Portixol Hotel and Restaurant as the official festival hotel partner.